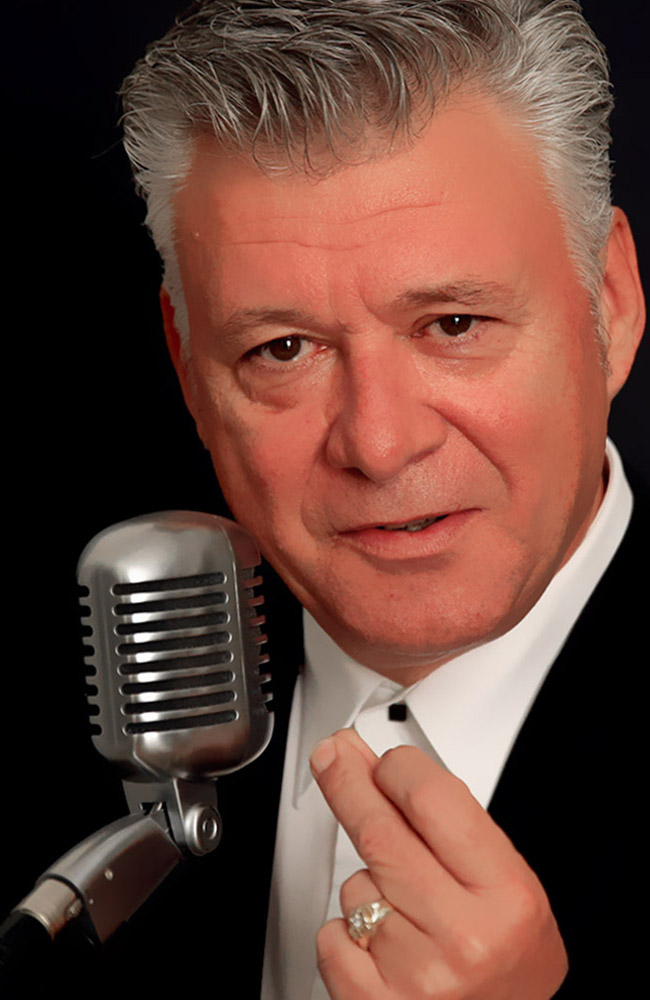 Nenad Vetma was born in Split on the 5th of April in 1960. From birth to this day he has been living in Split near the tennis courts of Tennis Club Split. From the fifth year of his life he began with daily tennis training with his father Boris and during elementary school he attended guitar lessons held by prof. Marinko Katunarić at Music school Josip Hatze Split.

After much success in local and European tennis courts (multiple state champion in all junior competitions and member of the national team in the period from 1974 to 1978) he didn’t give up on music. He began playing the guitar in the Orchestra KUD Filip Dević. While attending high school Vladimir Nazor in Split he founded a junior garage band.

In 1979, he was suggested to go to Germany as a professional tennis player and coach by Nikola Pilić, where he stayed for eight years and played for the national league.

He had great nostalgia for his homeland and received an offer from Zdenko Runjić to sing at the “Split pop music festival in ’87” which led him into the world of professional music. The song “Zavičajna” by Z. Runjić and J. Fiamengo, brought him back home forever.

In 1989 a record label called “Jugoton” released Nenad’s first LP and cassette titled large mega hit “Boliš me dušo” that went platinum. Since then he began his professional musical career.

His 1990 LP “Neću život u tuđini” went gold and directed his musical career to the Diaspora.

To this date, Nenad published 16 projects. Numerous tours in Australia, USA, Canada, did not prevent him from appearing at various charity concerts around Croatia (over 200), especially during the Croatian War of Independence.

He performs at all the festivals in Croatia and abroad every year without a break and the media presents him on national television and radio, local TV and radio stations, daily and weekly newspapers.

With a total of more than 60 festival appearances he has won First place awards from the public, music experts, TV media and radio stations.

Thanks to his CD “Zalij to cvijeće”, released by Dancing Bear 2010, Vetma returned, after a 3 year break, to the top of the Croatian charts. With this song he beat his personal record of 48 weeks at HR Top-20. His song “Ljubav”, which he recorded an exceptional music video for, has been the HR Top-20 for 28 weeks. At most local radio stations his song won first place.

“Zlatna kolekcija” (Golden Collection), a double CD edition CroRec 2012. refreshes his actions throughout his career. Numerous hits and, at the same time a strong demand for them, gave him the power to create a new project.

CD “Ne umire pisma” (The song doesn’t die) CroRec Release 2016. in memoriam Vinko Coce, is a summary of all the most beautiful songs about Dalmatia that he has sung to date. He has been on the HR charts in Croatia and the diaspora for 6 months without a break. Collaboration with composers Milivoj Balić, Srećko Boban and arranger Ante Toni Lasan gives the whole project a complete and high-quality Dalmatian ensemble. The video “THE SONG DOESN’T DIE” with the Trogir klapa was made as a top video postcard of Trogir in the summer of 2016. with original performers. The exclusive for making the videos was entrusted to Tina Bilandžić and his house “Kockica”. The song “Konavoka” is signed by Nenad Vetma, and the video was recorded in Župa Dubrovačka-Cavtat, Konavale. The hit single “Busola” from MHJ – Opuzen 2018, for which a video was recorded, at various locations on the island of Hvar, was nominated for “Porin” in the category of Best Songs, Best Male Interpretation and Best Arrangement.

2021 releases a new CD “MY SONGS, MY DREAMS” authored by Milivoj Balić, and all arrangements are signed by permanent arranger Ante Toni Lasan. The CD of the same name is on all Croatian charts and was sold in gold edition in record time.

Spontaneity, simplicity, compelling baritone male vocals and diverse domestic and foreign selection of songs in live performances of Nenad Vetma are not surprising when they are added to the title of the Croatian Tom Jones.